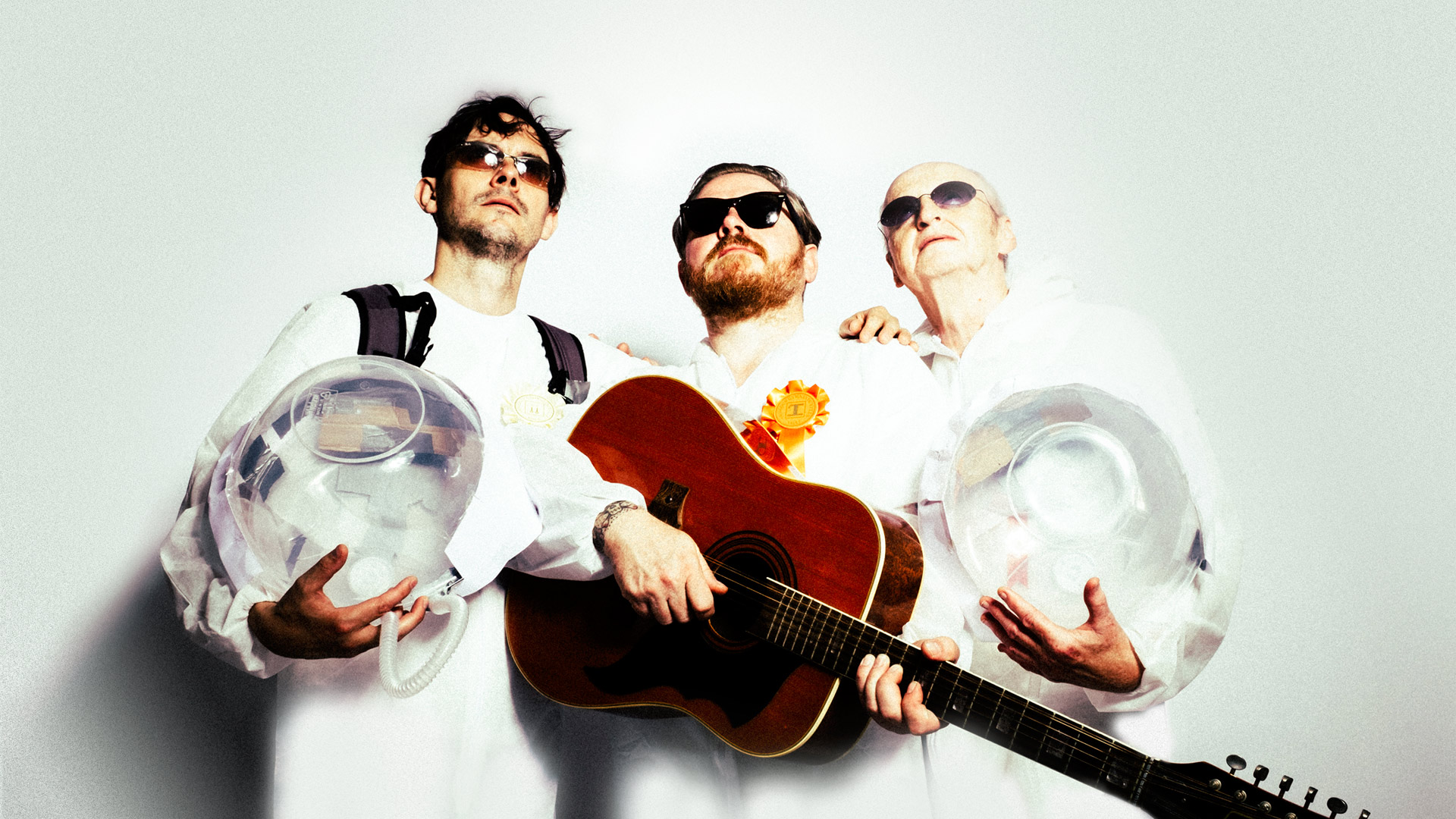 Danny Wilson (Danny and the Champions of the World, Grand Drive) and Robin Bennett (The Dreaming Spires, Goldrush, Saint Etienne) join forces with Tony Poole (Starry Eyed and Laughing), producer extraordinaire and king of the electric twelve-string Rickenbacker, their voices, guitars, and songwriting combining to marvellous effect in a collection of songs that began as uplifting acoustic music and grew into something far more wide-ranging and transcendent.

Pulling on influences from the 60s pop of The Byrds, The Beatles and The Beach Boys, through to the harmonies of Crosby, Stills, Nash and Young, with dashes of Petty and Springsteen thrown in for good measure, perhaps the most remarkable thing is that what shines through all of this is the quality and originality of the songwriting. The songs deal with wide-ranging issues and personal truths, from the aptly titled opener ‘Soon Enough’ through the biographical tale of Danny’s family in ‘Wilson General Store’ and the politically-charged rallying cry of ‘Hate Won’t Win’ to the social commentary of epic album-closer ‘Lifeboat (Take a Picture of Yourself)’.

All three collaborators have had critical acclaim in their own right. Danny Wilson’s credentials go back to his days in Grand Drive with brother Julian, and his consistent high calibre output with his Champions of the World led them to sweeping the board at the first UK Americana Awards with Album, Artist and Song of the year awards richly deserved; Tony Poole’s Starry Eyed and Laughing were hailed as “the English Byrds” on the back of their two CBS-released albums in the mid-seventies and he has since built an enviable reputation as producer and engineer; Robin Bennett has been relentlessly turning out timeless songs from his Oxfordshire base in bands from Goldrush to The Dreaming Spires, alongside founding two award winning festivals (Truck and Wood) and lending his multi-instrumental skills to other bands, including Saint Etienne.

But in Bennett Wilson Poole, the trio seem to have stumbled upon that rarity of the whole being greater than the sum of the parts.

“BWP’s soul is rooted in late-60s country psych,their heart in the LA Canyons, and their talent somewhere in Americana nirvana” Mojo ★★★★
“instant classics… hints of Willie and Levon” Bud Scoppa, Uncut
“a jangly, joyful set that harks back to the harmony-filled past” Express ★★★★★
“Authentic Americana doesn’t get any more reverent, respectful or remarkable than this” No Depression
“destined to be a landmark release in the annals of the genre” Folk Radio UK
“takes Americana and makes it their own” Americana UK
“epic, magical” Ralph McLean, BBC
“the perfect musical companion to this never-ending scorched summer” Q