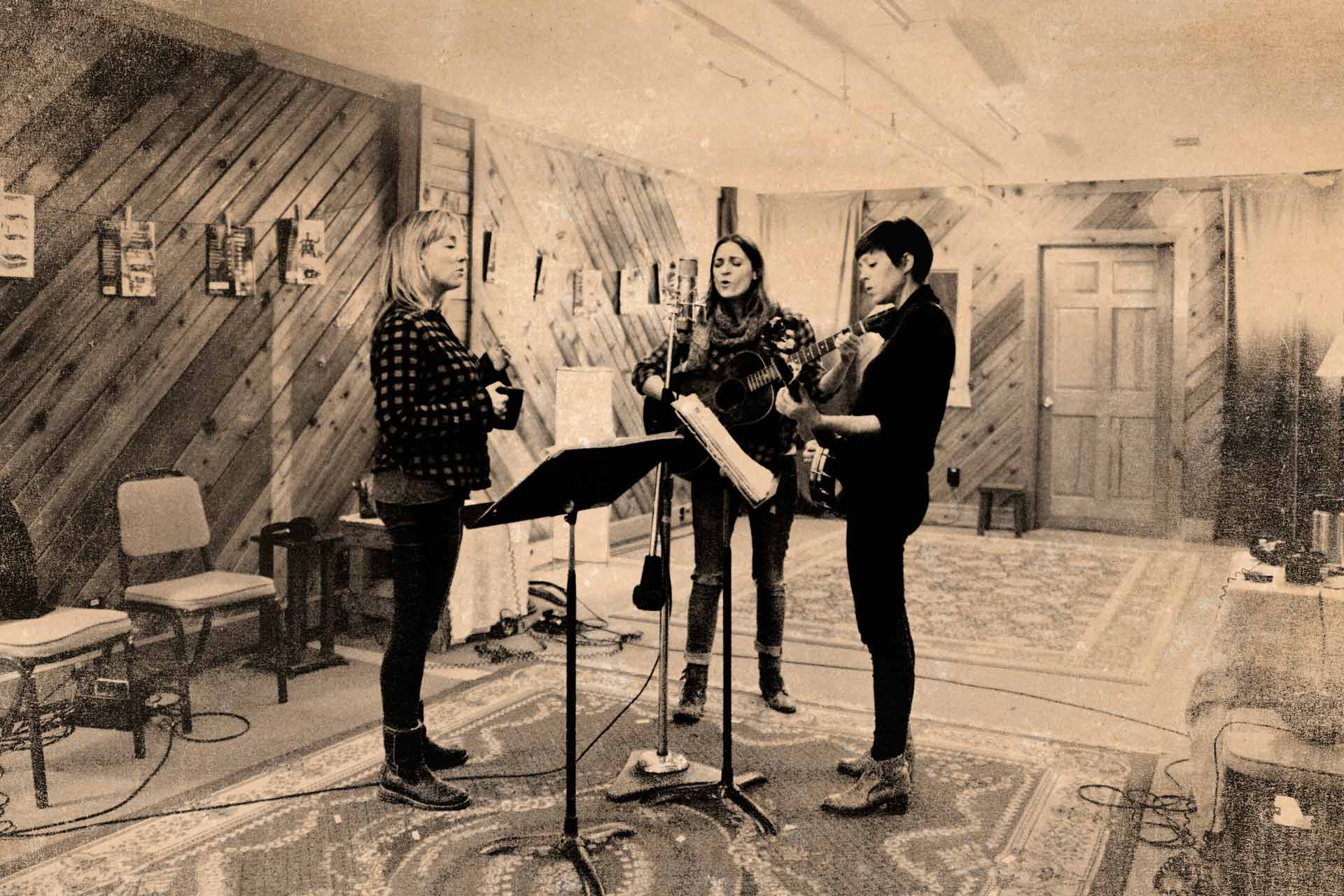 In September 2014, three songwriters met for the first time in a cafe in East Nashville. By the next morning they had put the finishing touches to their first song, ‘Applewood Road’, which they recorded live to tape at Nashville’s all analogue studio, Welcome to 1979.

The song’s nostalgic air, along with the clear, sparse arrangement of three vocals accompanied by double bass, drew immediate positive response, and they decided to expand the idea into a full album.

Six months later, they reconvened to write, rehearse and record songs for the self-titled album Applewood Road. The songs were again performed live around a single microphone at Welcome to 1979 and recorded to two-track tape with minimal accompaniment from some of Nashville’s finest session players, including Aaron Lee Tasjan, Josh Day,  Fats Kaplin, Jabe Beyer, and Telisha Williams.

The tapes were assembled at London’s most exclusive high-end mastering suite, Gearbox Records, mastered through their vintage analogue outboard, and lacquers cut in-house on their own Heaco lathe.

Critical acclaim for the album on its release included a 5* review in the Telegraph, and the Sunday Times describing the album as “a flawless set”. The band toured the UK, culminating in a headline performance at London’s iconic Union Chapel.

“an album full of style, allure and artistry”R2 5*